The political theater of The Tapestry is always on the brink of a shift despite the illusion of peace carried by its people. Guilds are a major part of the world of the Tapestry. They can help your character rise in rank and power, as well as open many doors to quests and opportunities.

In character they are as potent as family ties / clans but have leniency in that they do not have to operate by bloodline.

Click on a flag to learn about the associated guild.

The royal family. A single bloodline has carried the crown through many centuries, supplemented by the marriages with worthy guilds or heroes as decided by the Primo Uomo (King). The royal seat is Inizio D'Oro, the city believed built on the spot that The Skald had made their one and only appearance.

Proper forms of address is by their title only, unless given permission otherwise. It is acceptable to shorten the title to just Primo or Prima, as well.

Trivia: The Primo/a titles come from the term Prima Donna for 'first lady' in reference to music/ballet.

The titles belong to the Guild Leaders who have the double duty of running entire regions. Based on their service to the royal family can determine if they will marry in and have the honor of adding their family to the line of the Prima Familia.

Heirs enjoy a lap of luxury in the manor with the royal family. They do not have to be blood-related to the guild leader that sent them.

Proper nomenclature for addressing Doge/Duce are varied and more normalized, with Guild Leaders going by either their internal titles, their name directly, or as their title.

Other guild leaders, despite not holding land, are still recognized as one of the wealthy. Their children are often sent to Inizio D'Oro to be personal servants to the royal family and their superior guild heirs. This title may also reference heirs of all guilds as well, as it is the lowest title of nobility.

Nobile Heirs also do not have to be blood related to the guild leader that sent them.

Possessing no additional fancy titles, Nobiles are typically referred to by their names, but are recognized as being of a superior class than the rest of their peers.

Exceptional heroes may be recognized directly by the royal family as prospects to the line, earning a private title that has them at the same 'level' as a Doge/Duce without the land. These are few and far between, designed to humor the belief that even the pig keeper can become a king, a mantra said to encourage people to not feel bound by their station.

There are no special forms of address toward renowned people.

This level of rank could also apply to villains. They are respected, as without them there would only be half the opportunities for heroes to appear. Still, they probably would not be excited to have one as their leader or suitor!

This rank is given to people who collect enough notable badges to appear well decorated and are not already ranked as nobility. Badges of note include The End, Manticore Mangler, Dragon Doombringer, Virtuoso Vanquisher, etc.

Guilds are important in character, providing you opportunities for growth if your character's goal is to lead or rule. It is also a social network, allowing you to connect with other players with similar-minded characters. Some guilds might have enough activity to do their own events, or have overlapping situations with other guilds expanding your social circle in a more organic way, especially if you are shy. :)

Profile Perks to all Guilds

If you feel your character would be a good fit for a guild, or that they would be interested in joining it, seek out a representative of the guild. Depending on the guild's structure that may be all you need to do.

Have a character that is a 'native' and you would like them to already be part of the guild? Talk to the leader OOCly to confirm. Make sure you save yourselves both time and hassle and check to make sure that the history of the guild can align with your character's simply enough (ie, timelines).

Legally you cannot be registered to two guilds. This doesn't mean you can't work for another though... 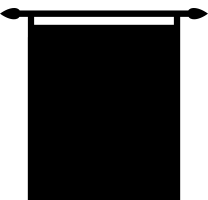 Banners should be simplistic, focus on a shape and color scheme and picture having to make it by hand on fabric, multiple times!

You will have total control of how your guild determines its next leader or how it invites its members in, promotions within, etc. You can host your own events for your members.

In each territory there can be many guilds, but only one has the political weight to be considered in charge of the territory as a whole. To become the head guild of a territory one of two things need to happen:

Can I also have a guild that does [activity]? Yes.

Can I take over a guild? Yes, with the ooc cooperation of the current owner. Take overs/mutinies are a great way to shift ownership if you find just handing it over to be too bland. Rarely, if the owner is not around anymore we will allow someone with vested interest to rise up. This opportunity is ideally for those already within the guild, but this is not a requirement.

Can we have a room for our HQ? At the bottom of the room list there is a form you can fill out to create a temporary room. This room will exist until there has been 2 hours of inactivity. If you need it to be private, then you should mark it as such in the room name. Head guilds, which operate a region, will have their HQ as a permanent room as it is considered the capitol building and should be accessible to the public for civil matters.

Partnerships among guilds is not unheard of, though not when it comes to trying to climb to a head guild position, this coveted spot means that partnerships will have to at some point become a rivalry or a merger if the other guild is also vying for the position.

If a merger was to happen, the smaller guild will disbanded and members would be added to the roster of the larger. Mergers can happen where both guilds are lost and a entirely new guild is formed. They will have to still consider the rules of that of creation (above).

Disbanded guilds are simply removed from member's profiles, however the information that is displayed here will just be moved to 'past guilds' with a new section concerning how it ended. History is history, after all.

Reasons a guild may be disbanded: